How Many Hydrogen Fuel Stations Are There in the US?

Kate MacMillan
Green Technologies
Contents show
Basic Information about Fuel Cell Stations in the US
How to Discover Hydrogen Filling Station?
How to Use Hydrogen Fueling Stations Map?
Conclusion

Nonetheless, the owners of such cars need hydrogen pumps to keep them going. Unfortunately, not every US resident has the possibility to refill their vehicles without difficulties. This short article will help you to find out the main problems related to the search for hydrogen fuel stations in the USA and the way how you can overcome them.

Contents show
Basic Information about Fuel Cell Stations in the US
How to Discover Hydrogen Filling Station?
How to Use Hydrogen Fueling Stations Map?
Conclusion

Basic Information about Fuel Cell Stations in the US

According to the research conducted by the AFDC, there are 44 publicly accessible hydrogen stations in the USA. What is more, only two of them aren’t located in California. Due to it, more than 280 million Americans have no access to the hydrogen refueling stations.

Considering such statistics, the majority of fuel cell electric vehicles’ manufacturers offer their services primarily in California. Such companies as Toyota, Honda, and Hyundai constantly try to provide the owners of FCEVs with the infrastructure and products necessary for their cars.

Also, the majority of American hydrogen fuel stations were built thanks to the CaFCP and Californian Hydrogen Highway program initiated by governor Arnold Schwarzenegger. What is more, CaFCP has a goal to build near 200 stations by the end of 2025. Moreover, there is an impressive plan related to the construction of 1000 units in 2030.

As for 2020, only one publicly associable hydrogen fuel station is operating in Connecticut. Another one is located in Hawaii.

The average price of hydrogen fuel is $16 per kilogram. Nonetheless, it directly depends on the owner of your hydrogen charging stations. For example, True Zero Oakland sells hydrogen just at $13.11/kg.

The good news is that the popularity of this technology continues growing. The Californian Fuel Cell Partnership informs that there are more than eight thousand vehicles in America. And this number is constantly increasing. Besides, new stations are in development in the Pacific Northwest and the Northeastern part of the country.

How to Discover Hydrogen Filling Station?

It may be extremely difficult task to find out the way to the home hydrogen fueling stations. Fortunately, there is special online map, which will help you to cope with this challenging issue:

How to Use Hydrogen Fueling Stations Map?

You won’t face any difficulties while using this map, because it has a lot of features similar to the ones you can find in a usual GPS. For example, it’s possible to enter the location, where you want to refuel your car. You can also map a route and use different filters to select the best options. For example, you may choose the desired payment method supported by a station or its status.

The map includes the “Corridor Measurement” tool. It’s used to measure the distance between different stations along the most intensive highways. Plus, the map offers an opportunity to select other types of alternative fuel and discover certain filling stations near you.

In case you aren’t the resident of California, you may just don’t discover the nearest hydrogen fueling station in your state. However, there is no need to get out of tune. The attractive prospects of hydrogen fuel cells significantly contribute to the development of this wonderful technology. That’s why it stands a good chance to become popular in the whole USA resulting in the construction of new fuel stations.

About author
Kate MacMillan
Job description
Kate is an environmental consultant specializing on green technologies and nature preservation techniques. She has more than 3 years of experience and worked with several non-profit organizations to save our nature from disruptive influence of people.

HI Kate, liked this article about Fuel Cell Suppliers. What company or companies are building these filling stations? I am in Texas and would like to learn who builds them and where?
Jay 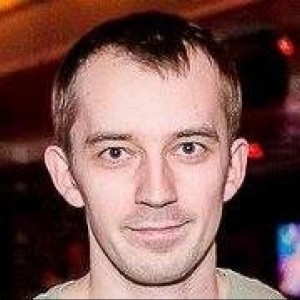 Hi Jay. The most popular operators are bv.com and pdcmachines.com. As for Texas, seems like the state of the lone star still do not have such stations. Check our map in the article, to see the nearest station to you.

Green Technologies Why arguments against renewable energy could be easily refuted