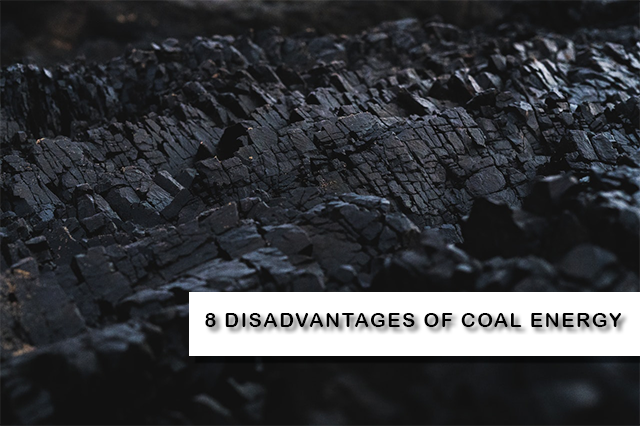 Right now the governments of various states try to shift the energy industry toward the development and implementation of renewable sources. At the same time, some people are sure that the future lies in the coal mining industry. They don’t realize that apart from being cheap and easy to use, this is a fossil fuel and it has a lot of disadvantages. Moreover, its burning is one of the reasons that cause global warming.

What Are the Disadvantages of Coal?

There are a lot of coal disadvantages but in this article you’ll get acquainted with the most dangerous ones. Some of them are related to the damage caused to the environment, while others provide negative impact on the atmosphere and even miners’ health.

Unfortunately, there are countries that depend on the coal industry. They use it to satisfy all their needs but they don’t take into consideration that this is fossil fuel. Some day or other this energy source will be depleted and in case these countries don’t have a back-up plan, they may get into an energy crisis. Fortunately, right now there are wind turbines and solar panels that can help to avoid this problem.

In addition, the great news is that some countries realize the possible danger and take steps to prevent the catastrophe. Last year, the UN Secretary-General called on to stop building new coal plants in 2020 in case humanity doesn’t want to face the total disaster.

The coal-burning process generates not only energy but also dangerous and radioactive “coal ash”. As a rule, it covers the areas near the coal plant and causes colossal damage to the environment including plants, animals and small ecosystems.

Furthermore, in 2008 Oak Ridge National Laboratory conducted special research and its results were shocking. According to the report prepared by scientists, coal plants release near 100% more radiation into the environment than atomic power stations. And don’t forget that the coal combustion process spawns such environmental dangers as heavy metals, mercury, nitrous oxide, etc.

Although there are special carbon capture and storage technology, it can’t cope with carbon dioxide that is one of the main disadvantages of coal. In addition, it can’t reduce such harmful environmental contaminants as methane. Even though usually this chemical compound dissipates in the atmosphere, it may get into the sea or ocean. In this case, methane may kill a lot of marine ecosystems in a very short period of time.

Methane burning near coal mine

Along with environmental problems, methane gas may cause various illnesses. It may be the reason for different neurological and cardiovascular diseases. The scientists have already proved that this dangerous gas develops epilepsy, claustrophobia and even pneumonia. Also, it may cause depression and memory loss.

Today many scientists are sure that coal mines cause irrecoverable ruin to the ecosystem where they are located. It means that hundreds of animals and plants constantly die due to coal production operations. Coal pollution causes fast devastation of forests, rivers, and fields.

At the same time, there may appear extremely dangerous coal-seam fires. Sometimes they are just impossible to remove. Due to all these disadvantages of coal mining, many people have to leave their homes to avoid the harmful influence of coal mines located nearby.

Even if you aren’t a coal miner, you may suffer from health concerns caused by coal emissions. For example, coal ash includes silica that is extremely dangerous for our health. That’s why when a person breathes coal dust they may get such illnesses as asthma and silicosis. In addition, regular exposure to these dangerous elements may cause lung cancer.

However, one of the most horrible diseases caused by coal ash is called “Black Lung”. Unluckily, this is an incurable illness and usually, it brings on death. The person who has this disease dies from asphyxia.

A lot of scientists believe that carbon dioxide that is generated during coal combustion is one of the main contributors to global warming. They report that 65% of carbon dioxide in the atmosphere was released by coal plants. And it’s obvious that this harmful element increases the greenhouse effect that causes various cataclysms and climate change.

In addition to these disadvantages of coal power plants, the coal-burning releases sulfur dioxide. This element causes acid rains that kill everything on their way. Although the World Coal Institute informs that modern coal plants now emit 40% less CO2, this is not enough to repair the damage caused in the past.

Fortunately, the governments of various countries take into consideration this information and take steps to stop using coal energy. For example, Norway decided to withdraw investments from the companies whose business relies more than 30% on coal energy.

People often forget about miners and their health when they discuss the disadvantages of coal energy. However, this is a very serious issue. Thousands of coal miners die every year not only because of the inhalation of dangerous fumes. A lot of them are at risk to be buried alive.

Of course, modern medicine and science are trying to reduce any health-related risks. They offer to install more dust scrubbers and implement a better filtration system. But still, people keep dying from horrible diseases. And every year terrible coal-mining disasters extinguish the life of hundreds of miners. The most recent U.S. accidents include Upper Big Branch and Sago Mine disaster. At the same time, there are even more victims in developing countries.

In addition, this causes various economic problems. For example, the USA has paid more than 46 billion dollars of federal compensation to the miners and their families from 1971 through 2018.

Except for coal mines, we should remember about coal transporting. Usually, the transportation systems pass through beautiful mountains and valleys. Nevertheless, the building of transport lines can destroy these landscapes and kill the animals living there. Also, don’t forget about the vehicles that are used for transportation and increase the emissions that pollute the air.

According to the researches, over the last 25 years, the U.S. coal mining companies have reclaimed more than 2 million acres of land mined. Unfortunately, many scientists and ecologists say that these places will be never fully recovered.

Of course, it’s impossible to imagine the development of civilization without the coal industry. Nevertheless, the times have changed and right now it offers more drawbacks than advantages.

Coal mining is extremely dangerous for our planet, nature, and humanity. It causes terrible catastrophes and incurable diseases. And it’s impossible to estimate all the damage caused by this industry. Right now the drawbacks of coal mining are obvious and we should do our best to protect the environment. If we don’t want to live in a world where acid rain is an everyday weather activity, we should advance into action.

Fortunately, there are a lot of renewable energy resources that provide us with the chance to save the Earth. We shouldn’t forget about the benefits of wind energy and the wonderful opportunities provided by solar panels. Due to the development of these technologies, we can get the necessary energy without causing damage to our environment. 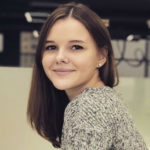 Kate is an environmental consultant specializing on green technologies and nature preservation techniques. She has more than 3 years of experience and worked with several non-profit organizations to save our nature from disruptive influence of people. 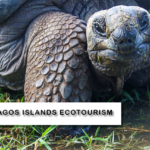 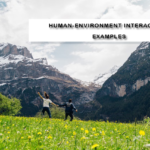 About the Author / Kate MacMillan

Kate is an environmental consultant specializing on green technologies and nature preservation techniques. She has more than 3 years of experience and worked with several non-profit organizations to save our nature from disruptive influence of people.

Necessary Always Enabled
Necessary cookies are absolutely essential for the website to function properly. This category only includes cookies that ensures basic functionalities and security features of the website. These cookies do not store any personal information.
Non-necessary
Any cookies that may not be particularly necessary for the website to function and is used specifically to collect user personal data via analytics, ads, other embedded contents are termed as non-necessary cookies. It is mandatory to procure user consent prior to running these cookies on your website.
SAVE & ACCEPT